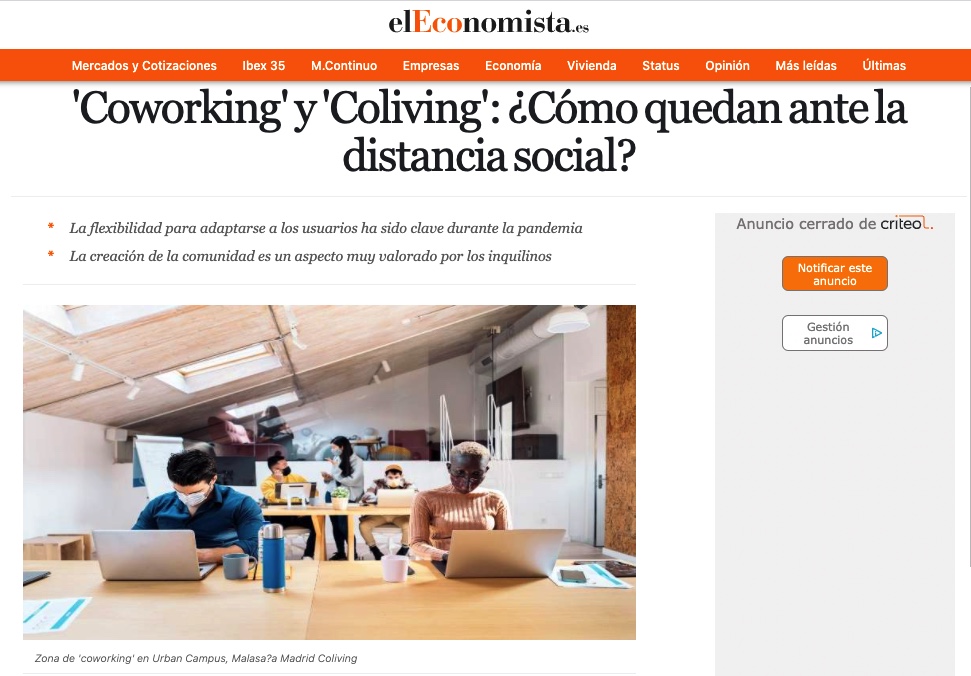 28 Jan ‘Coworking’ and ‘Coliving’: How have they transformed in times of social distancing?

El Economista interviewed some Coliving et Coworking keyplayers, Urban Campus being one of them, to analyze how Covid and Social Distancing have impacted the sector. 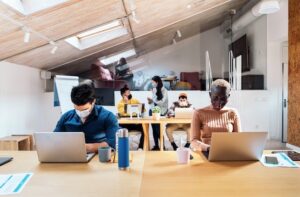 Utopicus, who have 13 spaces distributed around the prime areas of Madrid and Barcelona, ??have included among its sanitary measures the registration of visits through tablets situated in the reception areas and the quarantine and disinfection of mail and correspondences.

For his part, de Ramón assures that “there are many indicators that suggest that in the near future companies will have to get rid of rigid rental contracts to make their costs profitable, and therefore seek the flexibility of networks such as Utopicus. Salsamendi states that “companies are seeing the opportunity to include the division of equipment in their strategies and the possibility of reducing the surface area of ??their headquarters, using our centres as a third space,” says Salsamendi.