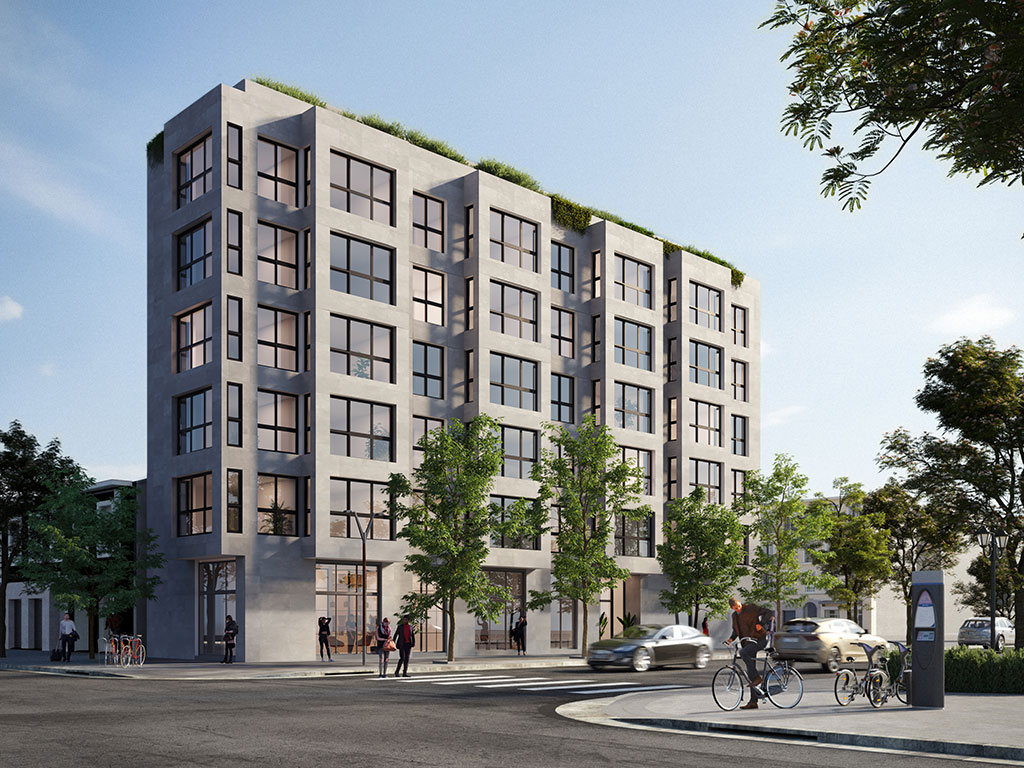 Madrid, 16th February 2022 – Urban Campus, a national leader in the management of coliving buildings, launches its first greenfield project in Spain in collaboration with both Batipart (investor) and WHITE Investing RE (developer). With this opening, Urban Campus expands geographically outside Madrid and strategically enters the greenfield buildings sector. This new coliving will be located in Valencia, in the up and coming neighbourhood of Ayora, where construction has already started. It will house 41 studios and more than 200 m2 of communal areas.

Urban Campus, together with the investor and the developer, are in charge of the project conceptualisation phase, as well as the interior design. Once open, Urban Campus will be in charge of operating the building under a management contract.

This opening strengthens Urban Campus’ leadership position in Spain, seeking to promote this residential coliving model in Spain’s main cities. To achieve this objective, it is actively seeking opportunities for land and/or residential assets to enter into agreements with developers (as it has done with WHITE Investing RE) and investors for the development and/or refurbishment of buildings. Urban Campus is currently interested in developing residential buildings ranging from 2,000 m2 to 8,000 m2 in cities such as Madrid, Barcelona, Valencia, Malaga, Alicante, Seville, Murcia, Palma de Mallorca, Bilbao, etc.

After its launch in 2016 in Paris and its arrival in Spain in 2017, following a positive reception of its first three projects in the capital, Urban Campus kicks off its expansion in Spain and continues its growth in Europe. After this opening, it will continue its expansion, with the aim of opening 30 buildings in the next 5 years.

Casilda Mulliez, Expansion Director at Urban Campus in Spain and Portugal is quoted: “The commitment towards geographical diversification and the development of our model in a new building is the next logical step in Urban Campus’ expansion. Thanks to our knowledge of operationally active coliving buildings, Urban Campus has proven to be capable of advising from day one on the design of the buildings and the optimisation of the spaces.”

At Batipart, Martin Fauchille, Director of Acquisitions Spain and Portugal, “We are delighted to carry out this first transaction in Valencia, hand in hand with Urban Campus. Through our alliance we want to promote this residential coliving model in Spain’s main cities.”

“For WHITE Investing RE this is a special project, as it is the first licensed coliving project to be launched in Spain, additionally in collaboration with an investor such as Batipart, and a leading coliving operator in the market such as Urban Campus, which consolidates us as a reference point as an asset provider at an institutional level”, Jose Solero CEO WHITE Investing RE.

The new Urban Campus project in the city of Valencia is a coliving residential development that will have 41 fully furnished and equipped individual studios, and more than 200 m2 of common areas: gym, coworking, cinema room, shared kitchen with dining and lounge area, laundry area and, on the rooftop, a barbeque, showers and a chill-out zone. In short, a property that offers all the amenities for professionals looking to enjoy private areas, but also have access to an international community as well as networking opportunities in the same building.

Urban Campus offers an all-inclusive lease starting from three months, with online bookings and an app developed internally which offers access to weekly events and connectivity between all members of the community, as well as the possibility to hire additional services. This innovative residential model that Urban Campus puts on the market is aimed at professionals between 25 and 45 years of age who are looking for the convenience of a rental with all services included. A more complete alternative to traditional leasing.

Furthermore, in its objective of promoting sustainable projects, the Urban Campus Ayora project will try to obtain the best environmental qualification.

During the third quarter of 2023, the first building’s tenants will be welcomed.

Founded in 2016, Urban Campus is the first operator of coliving buildings. With its innovative model, it is redefining the residential housing rules in major European cities by offering coliving and coworking spaces adapted to new lifestyles. With its own DNA, based on meeting the new residential needs of young professionals in major cities, it offers quality buildings, creates community and provides a new residential experience.

A family-owned group founded by Charles Ruggieri in 1988, Batipart invests and develops projects in the real estate, hotel and tourism sectors in Europe, Africa and North America. In Europe, the Batipart Group is present in seven countries: Germany, Spain, France, Italy, Portugal, Switzerland and Luxembourg through its offices in Luxembourg, Paris, Toulouse, Madrid and Milan. Its European assets represent 4 billion euros under management.

About WHITE Investing RE

For further information and interviews: