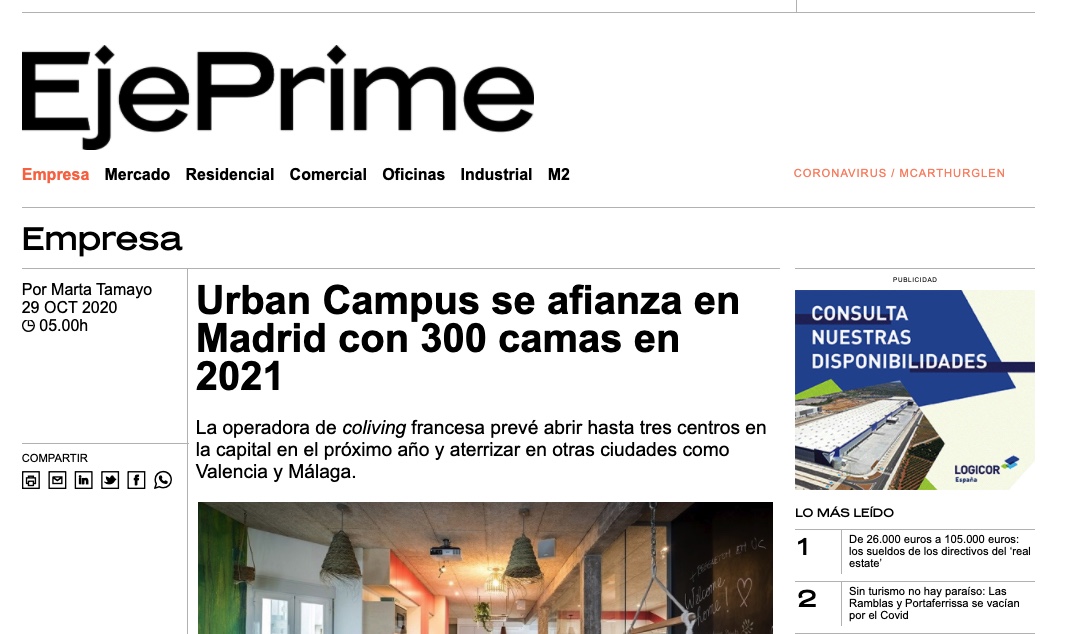 Posted at 11:07h in COLIVING, PRESS, URBAN CAMPUS IN THE PRESS by Author

The French Coliving operator plans to open up three spaces in the Spanish capital within the next year and establish themselves in cities such as Valencia and Málaga.

EjePrime spoke to the CEO of the company, John Van Oost, about Urban Campus’s plans to expand in Madrid. The company will open up three new spaces next year, adding 300 beds to its Madrid portfolio.

In addition to expanding its presence in Madrid, where it already has two coliving spaces, the company plans to expand throughout Spain, and open up two new coliving spaces in Valencia and Malaga next year.

The French company has an expansion plan to develop coliving spaces in Spain that will add around 2,000 beds to its portfolio. The CEO has ensured that they have institutional investors who are showing significant interest in the Spanish market.

Before the outbreak of the pandemic in March, the two centers in Madrid registered an occupancy of 98.5%, but in June only 50% of the units were occupied. “Many of our tenants were from Latin America, the United States, Canada, or other European Union states. A lot of them returned home during the first wave,” explains the CEO.

Currently, the occupancy of its spaces is 98.5%

During the summer the occupancy reached 60%. By September, occupancy was again at nearly full capacity, with 98% of units rented. “During confinement, we organized many activities through social media networks“ Van Oost continued, who himself passed the first wave in one of the centers in Madrid.

The company also incorporates co-working spaces within its coliving centers, “we already believed it was necessary before, but Covid-19 has shown the need to have a functional workspace at home” adds the CEO.

You can find the original article “Urban Campus set to expand in Madrid with 300 new beds in 2021” in Spanish, here. 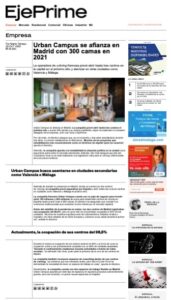 COLIVING, URBAN CAMPUS IN THE PRESS